In recent years, a surprising number of drug arrests have been made after traffic stops in Wilmington and the surrounding areas. The people involved were charged with drug trafficking when quantities of drugs or large amounts of cash were allegedly found in their cars.

At Criminal Law Wilmington, we represent defendants facing allegations of involvement in drug trafficking. Many of our clients were stopped while passing through North Carolina on various roads or waterways:

At our Wilmington law firm, we have the capacity to represent people from other places who get into trouble in North Carolina. Many of our clients are out-of-state drivers who were arrested while passing through North Carolina, as well as vacationers who experience legal trouble while in our state.

Alleged traffickers often face extensive prison time, involvement from Child Protective Services and civil asset forfeiture. They need an experienced attorney — someone who will look at the entire picture and take forceful action to protect their rights and freedom.

North Carolina charges are especially serious because our state’s laws have created mandatory active sentences in drug trafficking cases. We help our clients minimize these serious, potential consequences by fighting back in court and aiming to have them found not guilty at trial.

Each case is different, so it can be impossible to predict the outcome. Depending on circumstances, your case can be handled in a variety of ways. You may have more options than you think.

What does a charge of trafficking mean? The charge has to do with the amount of drugs allegedly involved. Over a certain amount is called “trafficking” under the law. Transporting more than 28 grams of cocaine, 4 grams of heroin or 100 pills of ecstasy is considered to be trafficking.

To talk with a criminal defense lawyer about the legal problems you face, call Criminal Law Wilmington at 910-777-5600 or simply contact us online. Consultations are free and confidential. 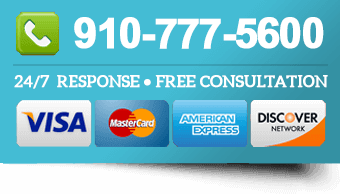