Human emotions are sometimes very difficult to handle. Sometimes, due to feelings, we tend to lash out to our peers or sometimes other people as well. Unfortunately, disorderly conduct can be considered a crime, misconduct or felony in other states. For instance, North Carolina also has its own interpretation of this behavior. A Wilmington criminal defense attorney can help you with your case.

In North Carolina, disorderly conduct refers to actions that disturb other people. Under North Carolina law, there are actually a lot of behaviors that can fall under these categories. These can range from simple acts to rather more severe and more disturbing events.

For instance, refusal to leave an establishment after being ordered to do so, or blocking access to a business or disrupting a business can be considered as disorderly conduct.

Meanwhile, disrupting any religious or burial service is not only rude but is also part of the things that can be considered as disorderly conduct.

For students, disrupting a class or the operation of a school as well as taking possession of or seizing any public or private school building or facility without permission is also considered disorderly conduct.

Fighting or engaging in conduct that creates the threat or violence, or even using language or gestures that are likely to incite fighting also falls under disorderly conduct.

Interestingly, North Carolina also has a law related to this such as “failure to disperse.” If any law enforcement officer believes a riot is occurring and orders you to leave, you should comply. If not, you can be charged with this offense. You could even be charged if you congregate in an area and create a risk of injury to one another. A “congregation” typically means the assemblage of three or more persons.

It is always best to be aware or have some knowledge of the law as this might come in handy someday. It is also best to remember that North Carolina may have laws different from other states, and it is good to know some of these differences. It may someday help you, your family, or your friends if ever you find yourself in a delicate legal situation.

Feel free to contact a Wilmington criminal defense attorney should you find yourself in need of any legal advice. We will be glad to point you to the right direction and guide you to your best position in any legal situation. 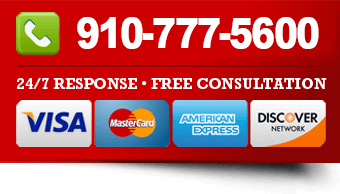